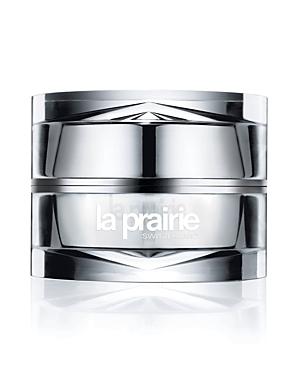 The most precious metal on earth now empowers your most precious asset. Your skin. Modern science has shown Platinum to be not only one of the rarest elements on earth, but most astonishing in its abilities: impervious to time, incapable of being oxidized by air, so precious, all of it that has ever been mined could fit in a single room. Ten tons of ore net just a single ounce, and that ounce sells for more than gold. When La Prairie scientists discovered that Platinum had the incredible ability