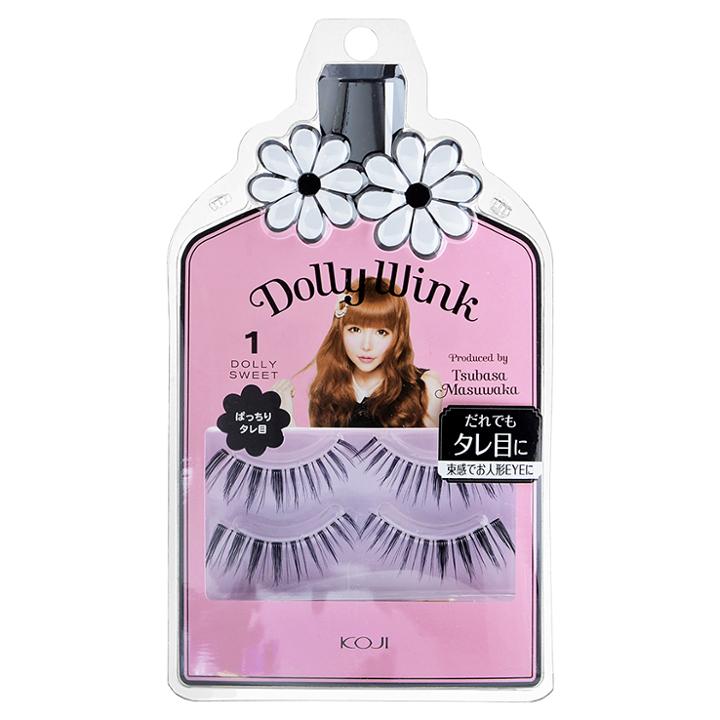 Brand from Japan: Koji. Fake lashes that emphasize naturally dark eyes from the corner of the eye to the middle of the upper eyelid line. The fake lashes increase volume and extends lengths at the end of the upper eyelid line. It presents a charming 3-D eye make-up. It can be used repeatedly. How to use: Take the fake eyelashes out of the packaging gently with a pair of tweezers. Trim the fake eyelashes to suit the size of your eyes before you wear it on. Pick up the fake lashes with tweezers and add glue to the base of the lashes. Let the glue dry until it turns tacky. Place the fake eyelashes along your real lash line, so that they become part of your own eyelashes. Press gently on the center first and then go towards the sides until the fake lashes are smoothly placed.